Two Waterbuffalo’s are born while I am asleep.

I waited till 2 am with my camera but was too tired and fell asleep. When I woke up at 5 am near the stables, the newborn water buffalo was already drinking milk from the mother.

I am disappointed. Again, I missed capturing the birth of one of our water buffalos” on camera.

It’s Saturday at 6 am, and we are driving with the whole family to the KatoBoonFamily number two. Kato Boon and Conan Boon are not amused getting up this early.

When the family arrives, Kato Boon is going with his grandfather, and they both are surprised when two roosters pick a fight. A none stop fight emerges between McGregor and Khabib (I named the cocks to recognize them).

In the meantime, mama Rak installs a picnic not far from the Water Buffalo, who has to give birth, the waiting begins. Conan Boon drives around in a wheelbarrow, but all kids are soon bored.

When the new cute water buffalo is finally born, the massive giant mother cleans her newborn gently. A staff member cleans the hooves of the water buffalo, but my stomach turns when I see he later eats the collected parts he just scrapped of the newborn’s hooves. The placenta is collected for soup.

Eating parts of the baby hooves?

Kato’s family members want to try, and they seem to like the fresh new hoof-toe “cheese.” They all move to the picnic where they celebrate the perfect birth of “Saturday” I named him that way. A big pan of yummy insects does the trick.

People install solar panels for the water pump, so the water buffalos always have water and are not dependent on electricity. 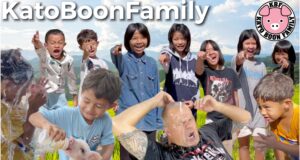 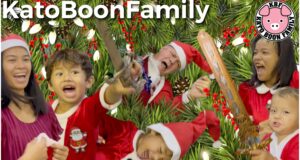 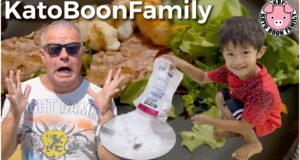 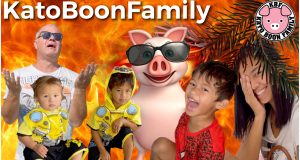 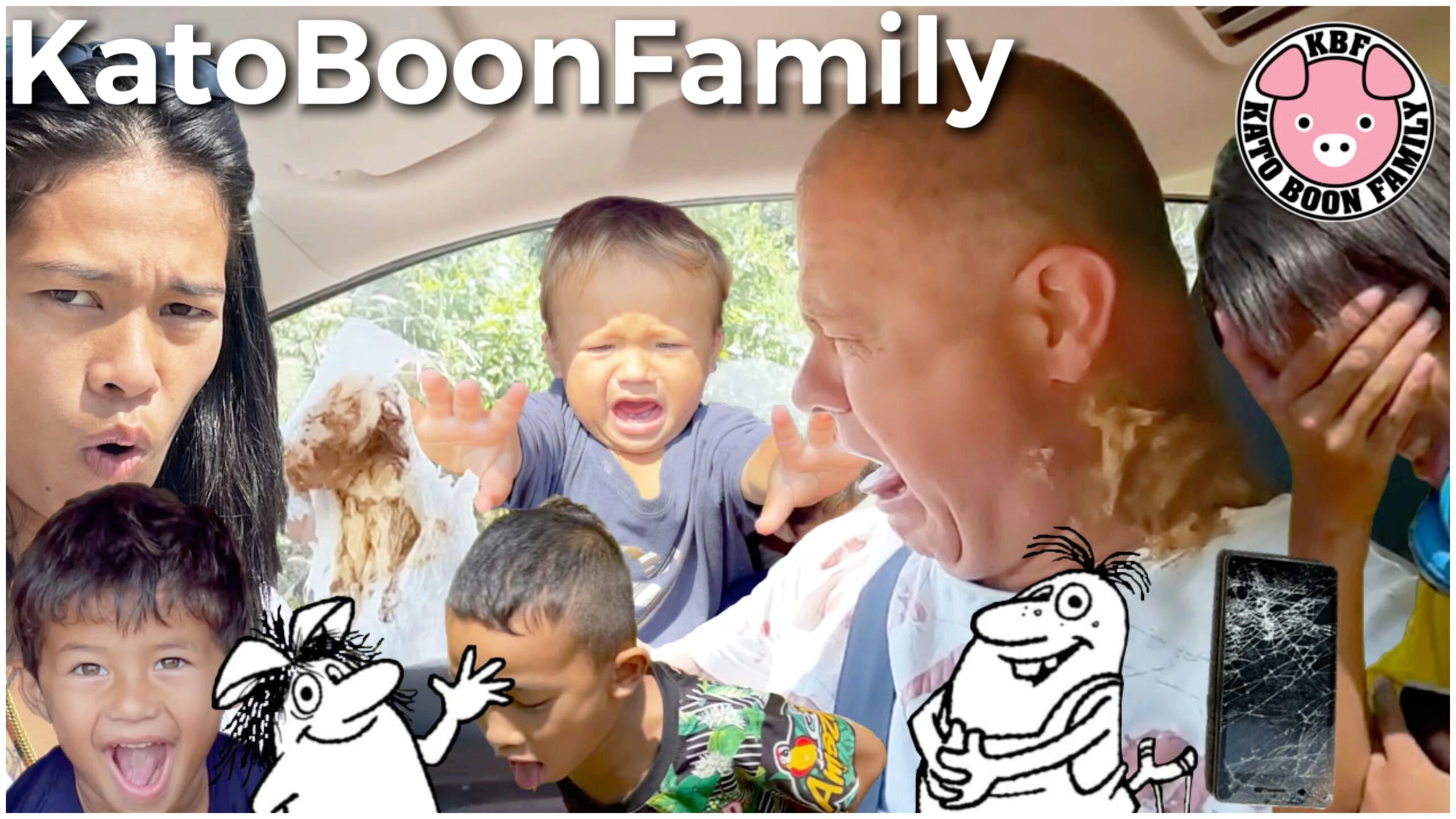 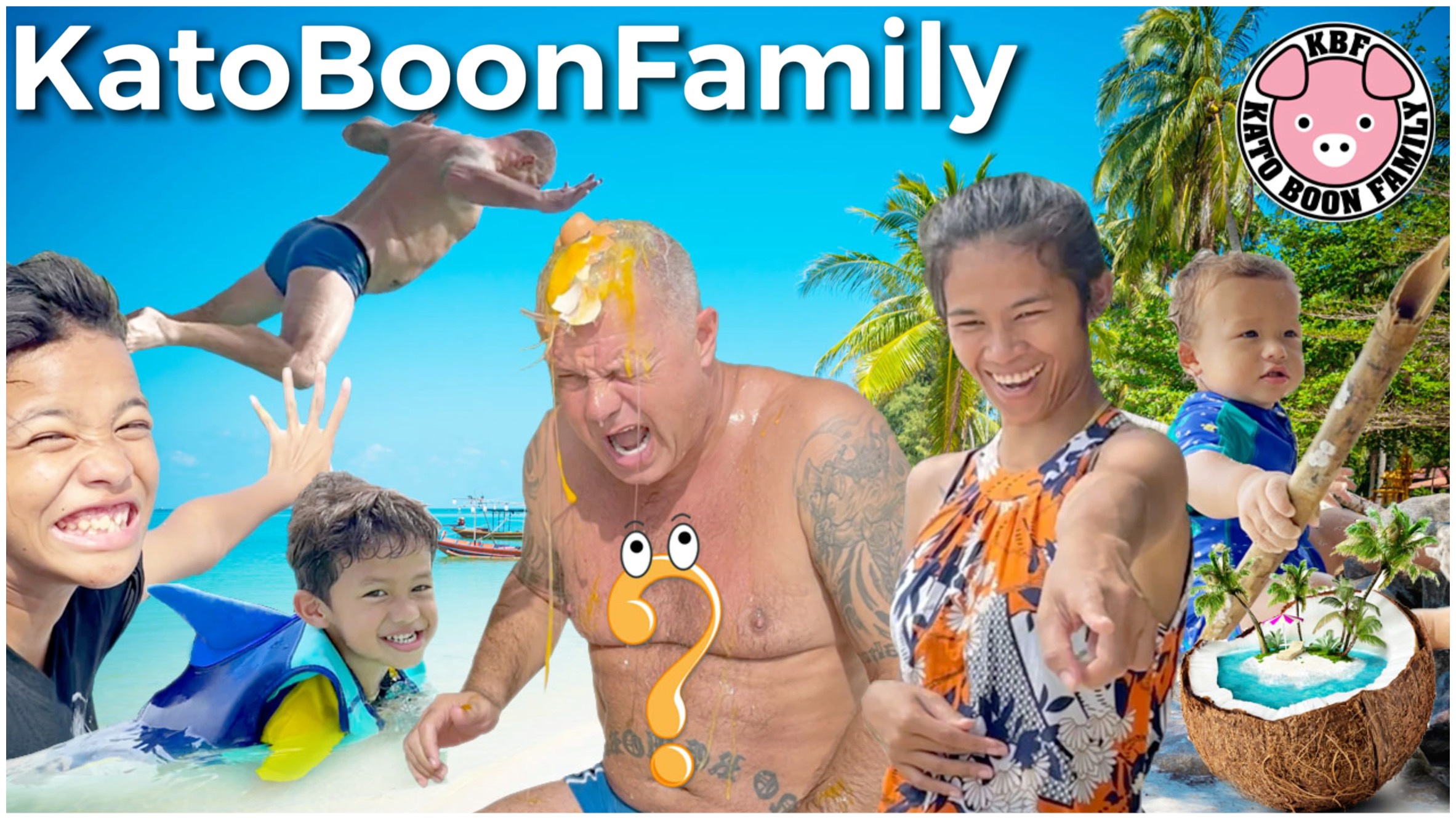 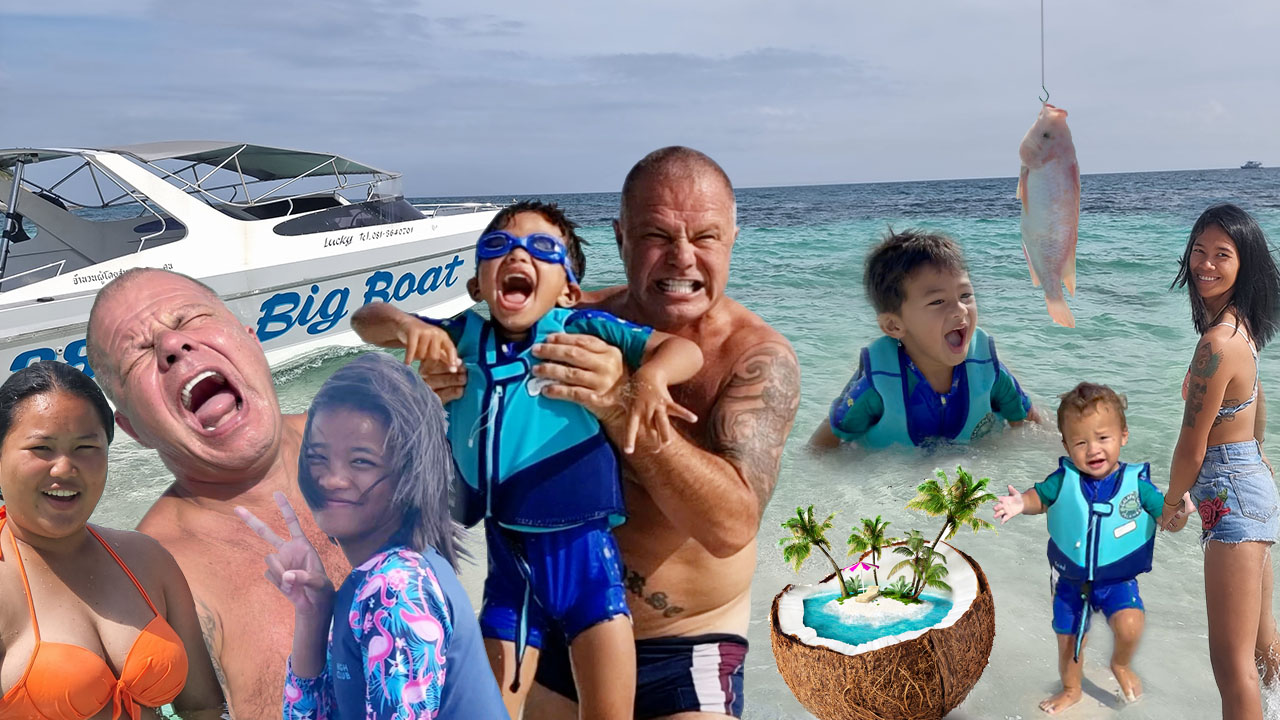 Disaster with Kato Boon at Deserted Vacation Island. Can Papa Bas Boon ever get his ... 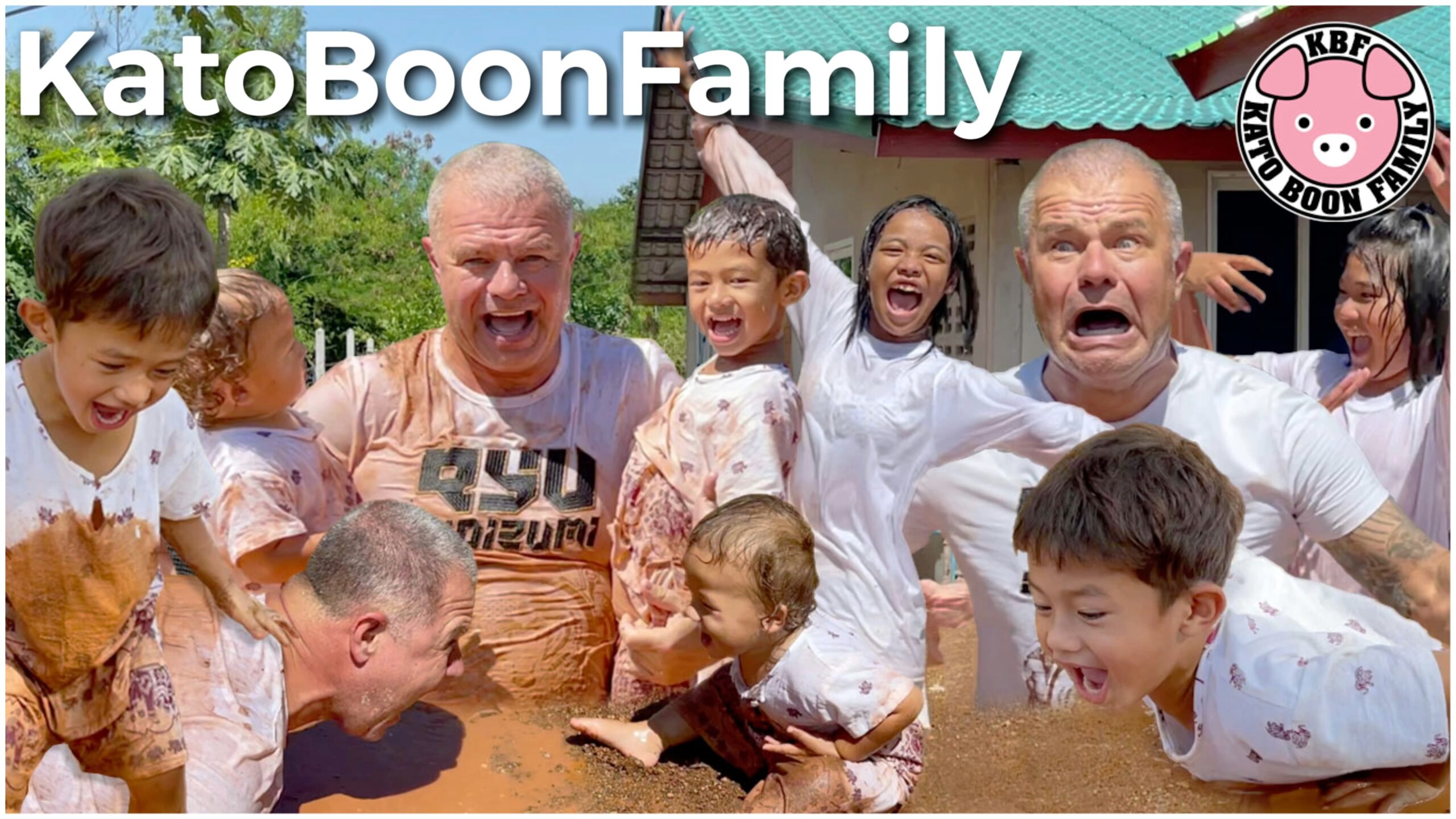 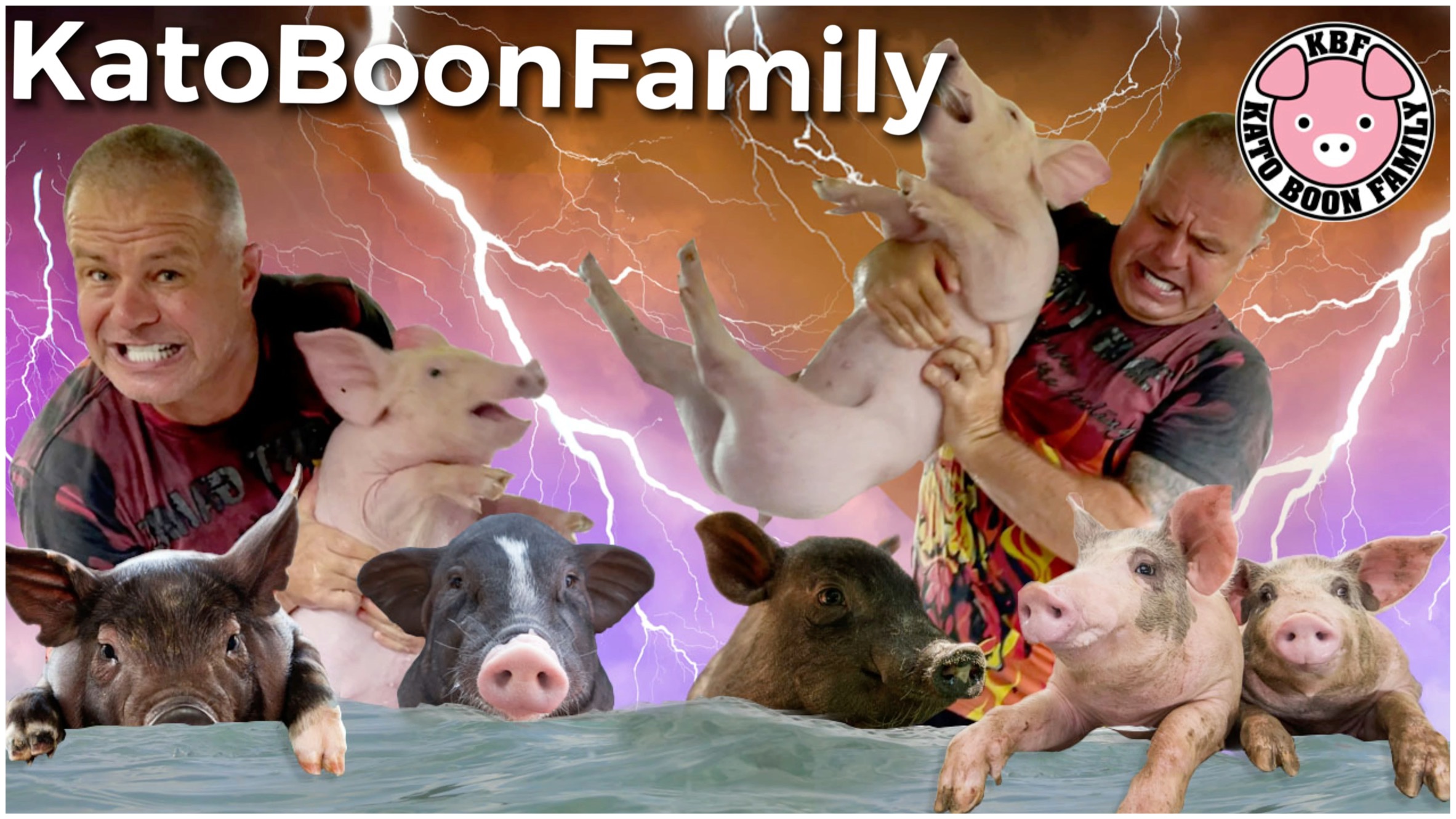